Friends Can Be Any Size, Color, Shape, OR Species. The lizards of Costa Rica apparently don’t know this. They wouldn’t let me hug them! In a 10-day span, I strolled past only a few lizards without attempting to touch one. I was ridiculous. Overwhelmed with the majestic cuteness I was like a kid in toy store wanting to touch everything.

“Just let me touch you, you’ll like being petted!” 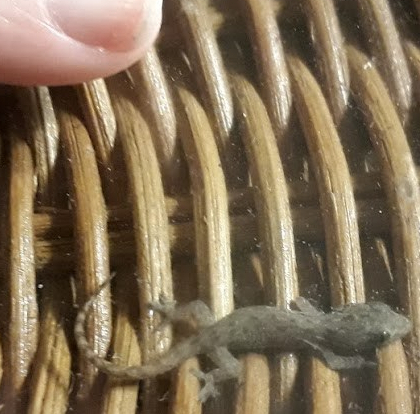 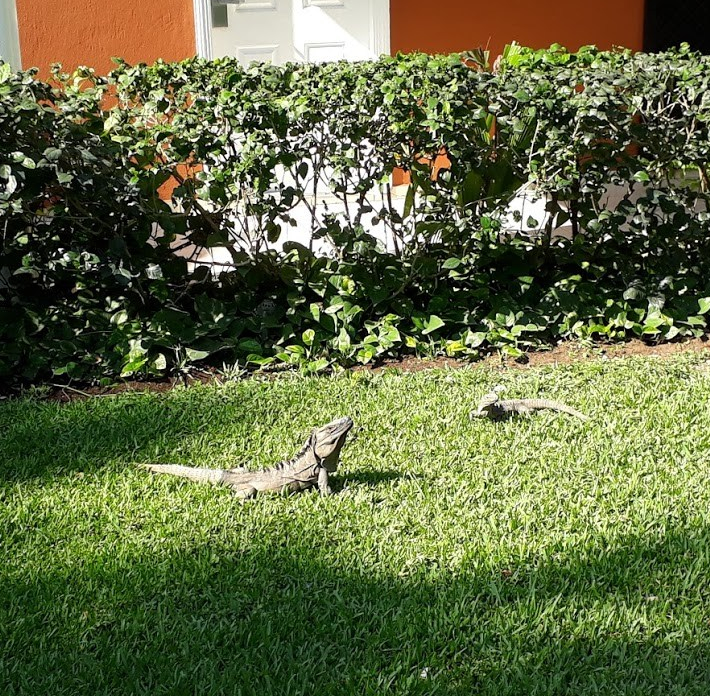 This little cutie was in our room, under the glass table topper of this wicker table (that is a pinky nail beside it). The whole table was taken out so the wee one could be placed in the grass. I would’ve been a guilt-ridden wreck if I stepped on him or her in the middle of the night. 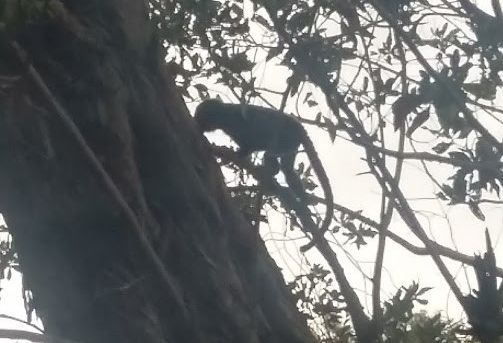 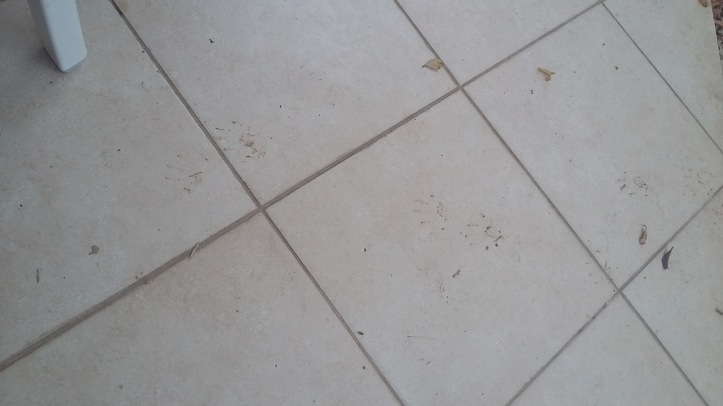 The birds have big & funny personalities, as do the monkeys. The monkeys, their sounds, and footprints outside the door were cool, but I’m a lizard lover.

No, I’m not supposed to feed the lizards. Yes, I fed the lizards  (only local fruit they’d find around anyway)!!! 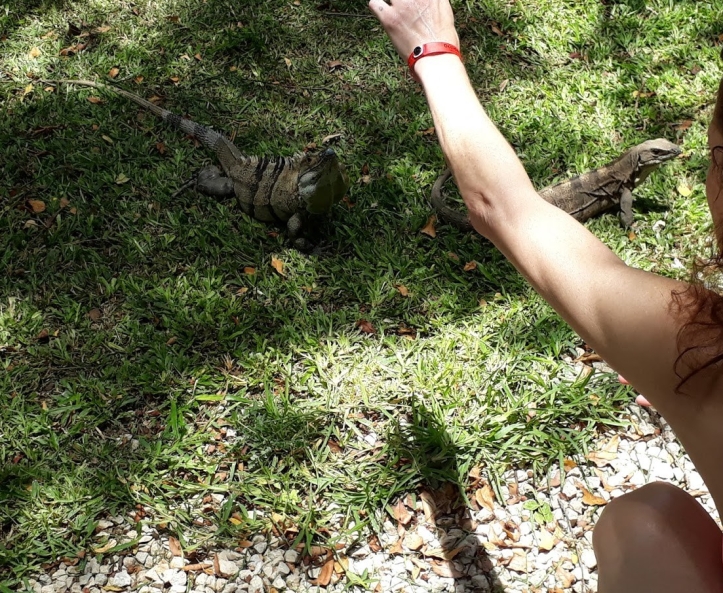 They still wouldn’t let me pet them.

We aptly named this fellow “Bully”. His mate was his backup. If he didn’t run others off, she did to make sure he was getting his share of the food. She was especially aggressive with the other females. 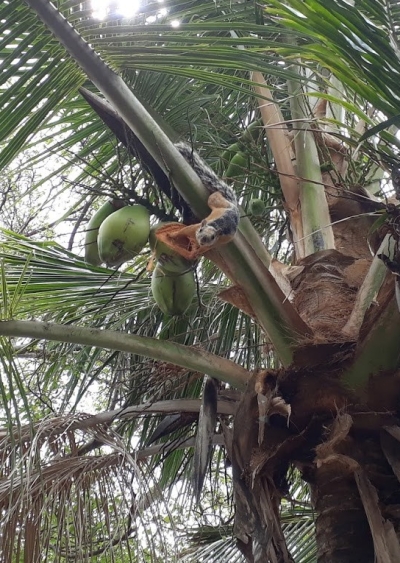 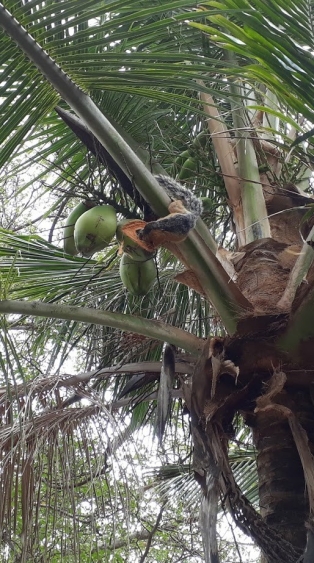 This squirrel was hilarious! Eventually, I barely saw it’s body, it was nearly entirely inside the fruit. Now back to my favorites: 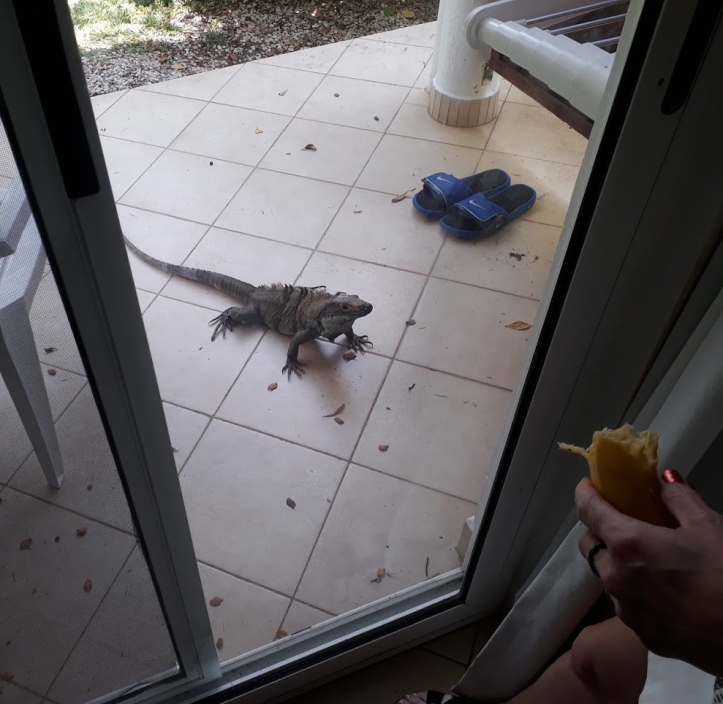 Bully returned for food. It was comically stated that he heard Snow White was in town. 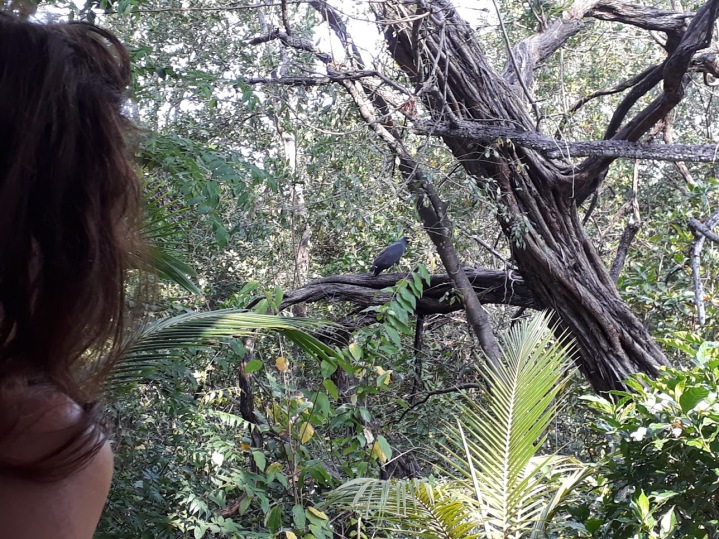 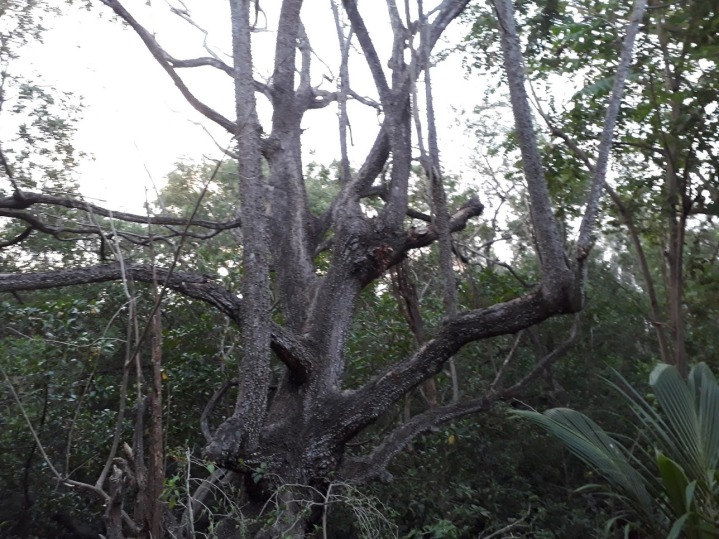 This tree was wicked-looking beautiful. I think it’s a Spiky Pochete Tree. The lizards would be with it, but not cuddly me… what the _ _? 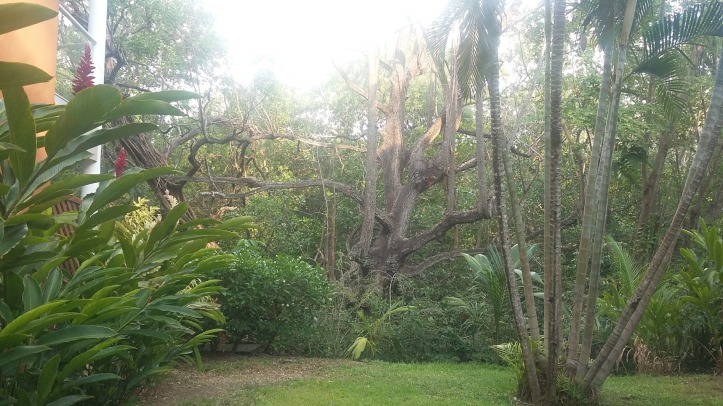 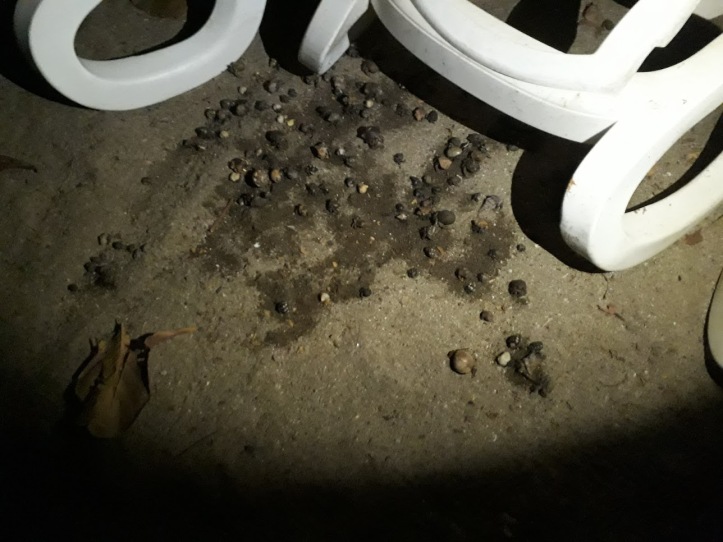 The crabs on the beach were cute and funny with their little crab tracks. It made me think how Lil’ Murph would love to be on the sand with me. I was suffering from Murph withdrawal. He stopped eating solid food while I was away from him. His care-takers were concerned. One sweet soul drove 30 minutes to get to Murph multiple times to get him to eat, the details I will not elaborate upon at this time.

As you know, I still feed Murph a smoothie from a syringe. He never went back to solid food entirely. I’ve tried setting a medley, a feast before him, day after day. He will not touch it and is starving. So, sigh, I feed him the smoothie. Lizards suffer too when their human is gone!! They do love. I know this as a fact from my experience with multiple lizards in my life!

****My post here: I renounce my title!!!    will tell you about Murph on my days of departure, return, and in between!! 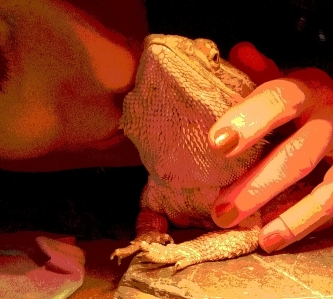 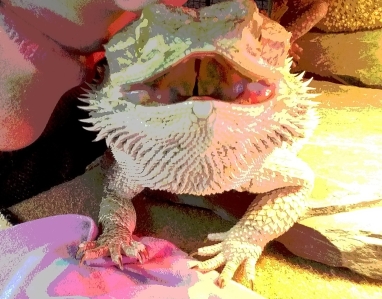 “Give me Lizardry or give me Death!” – Dawn Renee♥

Lizards are awesome! Tap a Share button below, we'll try to convince the others!

Care For Lil’ Murph And Help To Keep Our Website Up ~ ~ Thank you!